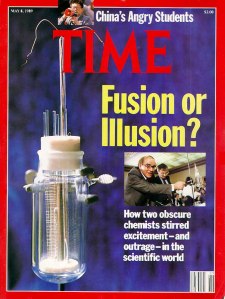 That is a strange title for a vaccines blog.  But it’s timely.  I published the entry Smallpox 2: Serendipity without an unbiased reviewer having proofed it.  And that’s where the problem lay.  I substituted “utter” for “udder.”  Oops.  Thanks to my mother for pointing this out.  I’m sure she wondered what her life’s work had come to.  Sigh.  (Fortunately for you faithful readers, Valerie Coe Lowder, my wonderful wife, has your back.  She’s agreed to edit my work as long as she can stand it.)

My unfortunate typo is a silly example of a significant human fallacy.  Humans are predisposed to see what they wish to see, or to understand.  This tendency is well known as confirmation bias.  From “Self-Proofreading” in this Wikipedia entry:

Primary examples include job seekers’ own résumés and student term-papers. Proofreading this kind of material presents a special challenge, first because the proofreader/editor is usually the author; second because such authors are usually unaware of the inevitability of errors and the effort required to find them; and third, as finding any final errors often occurs just when stress levels are highest and time shortest, readers’ minds resist identifying them as errors. Under these conditions, proofreaders tend to see only what they want to see.

See what I mean?  Confirmation bias happens to the best of humans, and brilliant scientists are no exception.  A famous example in chemistry and physics occurred with Cold Fusion.  I was a graduate student at Indiana University on March 23, 1989 when Professor Stanley Pons announced in a seminar there that he and Martin Fleischmann had discovered this previously unrealized, but hoped-for, event.  I recall Professor Pons announcing that his team had filed thirty-plus patent applications to claim (monopolize) every aspect of the phenomenon.  I have no doubt that the inventors were imagining a Nobel Prize and some higher-learning institutions were salivating over the prospective cash inflows.  Now there’s some confirmation bias.

The announcement stunned the physics and chemistry world.  Most scientists were in disbelief.  My brother, Douglas Lowder, a University of California Berkeley physics doctoral candidate at the time, described the general reaction: everyone put down his own work to reproduce the Pons/Fleischmann experiments.  Pons and Fleischmann swore they had recorded a massive exothermic reaction when pressurizing hydrogen adsorbed onto a metal (layman’s terms: it got real hot).  But nobody else could reproduce the exotherm, along with some missing gamma rays, as I indistinctly recall.  Because and the inventors and their respective universities had the patent-rights-driven incentive to keep the technology secret prior to filing the patent applications, no one outside the Pons/Fleischmann research labs ever had the opportunity to reproduce the experiments prior to the announcement.  That’s called “peer review” in academic circles.  Such is life and the consequence of such a strategy.  In a final note on this sad story, Cold Fusion-based inventions appear to be considered highly suspect, if not outright unpatentable as a matter of law, by the United States Patent and Trademark Office.  See the Manual of Patent Examining Procedure, section 2107.01 and In re Swartz, 232 F.3d 862 (Fed. Cir. 2000).

Confirmation bias is a serious concern in a modern debate on the importance of vaccines.  If you are convinced or predisposed a) you don’t need them, or b) the danger of vaccines far outweighs the benefits to you or others,  it’s easy to miss other facts or the logic of another view.  And this goes for the pro-vaccine community in reverse: many anti-vaxers are suffering through raising an autistic child or a child they sincerely believe is damaged by “chemicals.”  Their concerns may seem imagined, but are real to them.  That’s important to hear.  My point is, in the end, if you are totally, e.g., doctrinally, predisposed to one view, you might imagine (or miss) an important exotherm, just like Pons and Fleischmann did.

I'm a chemist, patent attorney, husband of one wife, dad of two sons, and I am (a progressive, whatever that label implies) Christian. I have had a rich, varied life and I give thanks for it. Just to be clear, this blog reflects personal views and is not intended as an advertisement for legal services, or should be considered a "law blog." You should not take anything I say to be a legal opinion on any topic and you don't create an attorney-client relationship by reading it. That requires an executed written contract.
View all posts by patlowder →
This entry was posted in Uncategorized. Bookmark the permalink.